Launching the countdown to Christmas there was a mega crazy day sale right across town in the CBD as well as in the West Kempsey shopping precinct. In conjunction with this, Smith street was closed for two hours and it hosted the Shannons / Red Point Show’n’shine.

Vehicles assembled at the Slim Dusty Centre early in the morning and then they participated in a cruise lead by the RedPoint truck along Macleay Valley Way, into West Kempsey and then back into the CBD where they were inspected by hundreds of locals and visitors while on display.

Entrants into the Show’n’shine came from far and wide, from as far north as Grafton, and as far South as Newcastle!

Coordinator Belinda said “This event has been so successful, and now that we know we can do it, and its something people want, we can develop it further…, we are already thinking about the Festival for 2019’!”

Spectators were entertained by a fantastic Christmas themed parade by the Danae Cantwell School of Dance, the crowd cheered as the dancers pranced and cartwheeled down the street. The Barrenjoey High School Band also arrived in force with a full 50 piece orchestra and set up next to our beautiful Christmas tree to play a selection of amazing classics.

“It was so great to see the shop owners embrace this opportunity and actively participate in the day, the cafes were busy too. Shops that don’t normally open on a Saturday were open, and shops that normally close at 12 didn’t, they stayed open until at least 2pm” said Belinda.

“Santa was there as well and he was pretty busy, it was just such a wonderful morning, you could really feel the buzz and the positive energy in the community’ Belinda added.

Not to miss out on the engine revving action, in West Kempsey about 100 festively decorated Motorcycles rolled in around lunch time. The Natureland Classic Motorcycle Club completed their annual Christmas Toy run with a sausage sizzle in the park, they held a small ceremony there and handed over all the toys they had collected to the Kempsey Salvation Army.

The crazy day sales were very successful in West Kempsey with  feedback from shop owners that they were very happy with the number of people that came along to West Kempsey that day.

Of course, it has to be said that one of the highlights of the day was the Twilight Markets at Kempsey Riverside Park. The Market opened at 3pm with a special Christmas dance routine by the Danae Cantwell School of Dance followed by a Christmas message from our Deputy Mayor Ashley Williams and a Welcome to Country from Uncle Bob Mumbler.

The entertainment at the Market was spot on, “Entertainer Andrew Cousins has easily become a Kempsey favorite” Belinda said, “he was just amazing, not only his voice but is song selection, what a classic!”

“The crowd were wowed throught the evening by clowns, stilt walkers, balloon twisters and the Macleay Bagpipes & Drummers were amazing! All of a sudden, when they entered the market people came from everywhere, theres something about the sound of the pipes that just makes you feel excited” Belinda shared.

Santa arrived delivered safely to the new Warf by the Kempsey Macleay Dragon Boat Club. “He was a little scared on the ride I heard, but he held on tight!” commented Belinda.

From about 6 onward, it was evident by the crowd that the Riverside Twilight Market was the place to be, there were over 170 amazing stalls including a water slide, petting zoo and many delicious food stalls offering a variety of cuisine. The food alley was standing room only, “it was just amazing” Belinda said. “Every food vendor sold out!”.

At the end of the evening, everyone made their way to the Riverbank to await the grand finale. “The scene was amazing” shared Belinda, “There were so many people there, so many families, we had set up the #Macleay letters in front of the river and so when the fireworks went off it was a bit special, I was so moved standing there in the crowd, listening to everyone enjoying themselves, oohing and aaahhing, seeing our beautiful river and the magnificent display on it.. we were all very tired after such a huge day, but it was just so worth it!”

The Macleay Valley Business Chambers Market Committee have big plans for the coming year, 2019 is set to be a great year full of exciting new events in conjunction with the Riverside Markets. 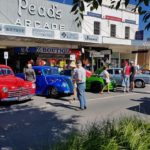 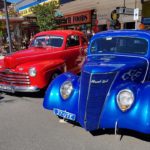 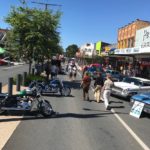 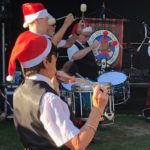 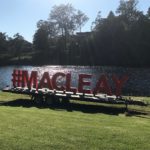 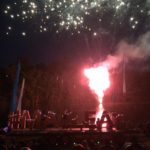 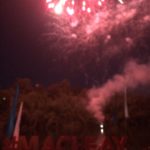 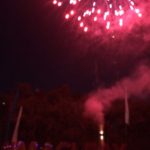 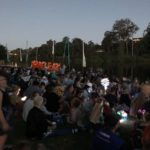 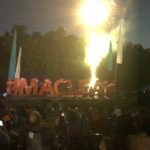 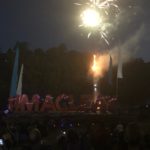